The Art of the Jungle Book 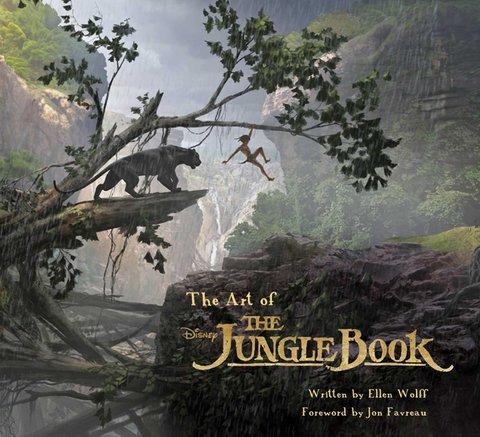 "Insight Editions is one of the companies that consistently produces beautiful, well-written books about the production process. There s nothing like having an oversized book, allowing you to really take in a piece of production art. And with a film like this, you re talking about page after page of lush beautiful imagery."

Ellen Wolff is a Southern California-based writer who specializes in the arts of animation and visual effects. She began her education in these areas working with the legendary computer animation innovator Robert Abel, and subsequently worked with multi-Oscar-winning visual effects artist Richard Edlund. Her writings on the evolution of digital technology, animaton and visual effects have appeared in many publications including Variety, Animation Magazine, Millimeter, Film & Video, and CG Artist. The subjects of her interviews have included industry leaders like Steven Spielberg, George Lucas and John Lasseter.

Jon Favreau is an American actor, director, and screenwriter best known for starring in films such as Rudy, Swingers, Very Bad Things, The Break-Up, and Chef and TV series such as Friends and Dinner for Five, as well as for directing popular movies such as Elf, Iron Man, Iron Man 2, Cowboys & Aliens, and Chef. He was also executive producer on The Avengers, Iron Man 3, and Avengers: Age of Ultron. Favreau produces films under the banner Fairview Entertainment.