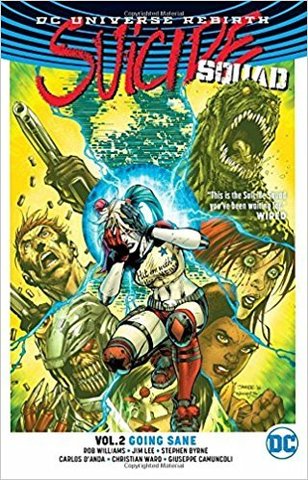 As the go-to team tasked with handling the world’s most top secret threats, the Suicide Squad has faced down terrors across the globe. But they’ve never brought their work home with them—until now.

Under the command of Task Force X’s iron-fisted director Amanda Waller, the Squad has “liberated” a strange extradimensional orb known as the Black Vault from the planet’s most secure incarceration facility—at the cost of one disintegrated team member. What’s inside the eerie black sphere? None other than Kryptonian dictator General Zod, in all his megalomaniacal, world-destroying glory.

Now Waller has to figure out what to do with one of the most dangerous entities in the known universe. In theory, whoever controls Zod controls the world. In practice, the Black Vault’s corrupting energies are already eroding the sanity of everyone in the Squad’s HQ—with the sole exception of the Clown Princess of Crazy herself, Harley Quinn

But can one newly sane psychologist single-handedly stop the madness of the Black Vault, defeat Zod and keep the Suicide Squad from ultimately living up to its name?