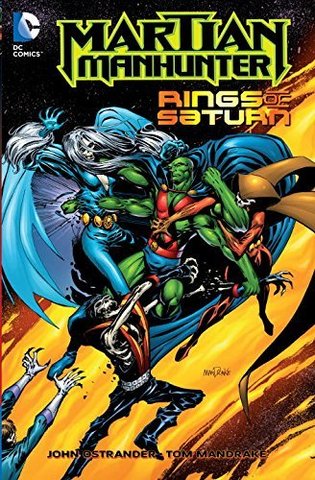 The Martian Manhunter, one of the key heroes in The New 52, stars in this new title collecting his popular 1998 series. Featuring moody art by writer John Ostrander's frequent collaborator, Tom Mandrake. After suffering colossal injuries at the hands of the evil Malefic, the Martian Manhunter has returned to Mars in an attempt to heal himself. But while he's away, Saturnian ships arrive to reclaim Jemm, Son of Saturn, who is still recovering from being used as a pawn in "DAY OF JUDGMENT."