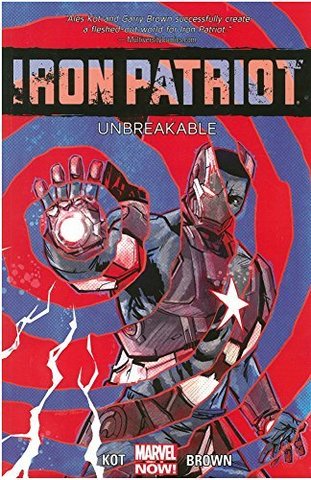 Jim Rhodes has quit the Secret Avengers! As the Iron Patriot, he's taking charge alone, and bringing his fight against the bad guys to the home front. But when someone else takes control of the Iron Patriot suit, a new villain emerges with a brutal plan that could turn Rhodey into America's most wanted! Who is controlling the suit? Will Iron Patriot be forced to execute the horrible deed his puppet masters have planned...or will Jim Rhodes die? Or both?! As the conspiracy to destroy America from within grows, Rhodey's family dances on the edge. Can Lila turn the tide? Will she survive long enough to? Losses on both sides multi ply as the country spirals towards a new future - and nothing will ever be the same!